**Object permanence** is the understanding that objects continue to exist even when they cannot be seen, heard, touched, smelled or sensed in any way. -- [wikipedia](https://en.wikipedia.org/wiki/Object_permanence)

I propose idiot permanance, which is the understanding that idiots and jerks continue to be idiots and jerks even when they are out of your direct observation.  That swervedriving guy who just cut you off in traffic with no blinker?  Probably not the first time he’s done that today, or even in the last 5 minutes.

In the late afternoon yesterday the dog started barking at a minivan that had rolled up about 100’ away.   A large family (in more ways than one) piled out with three dogs and everyone started wandering.  They looked so unprepared and underdressed I hoped they were looking for a place to pee.

Nope, they set up a family tent in the Keystone Kops manner, tripping, falling, general chaos and shouting.

I was happy to see them break camp this morning.   Then they came back looking for something.  Then took off again at speed, bouncing the minivan off the suspension stops on the whoops.  Whack, groan, whack!  Wouldn’t want to buy his used car.

Took the dog for her post-breakfast walk, and saw they had left a present for the wilderness, fresh from Walmart: 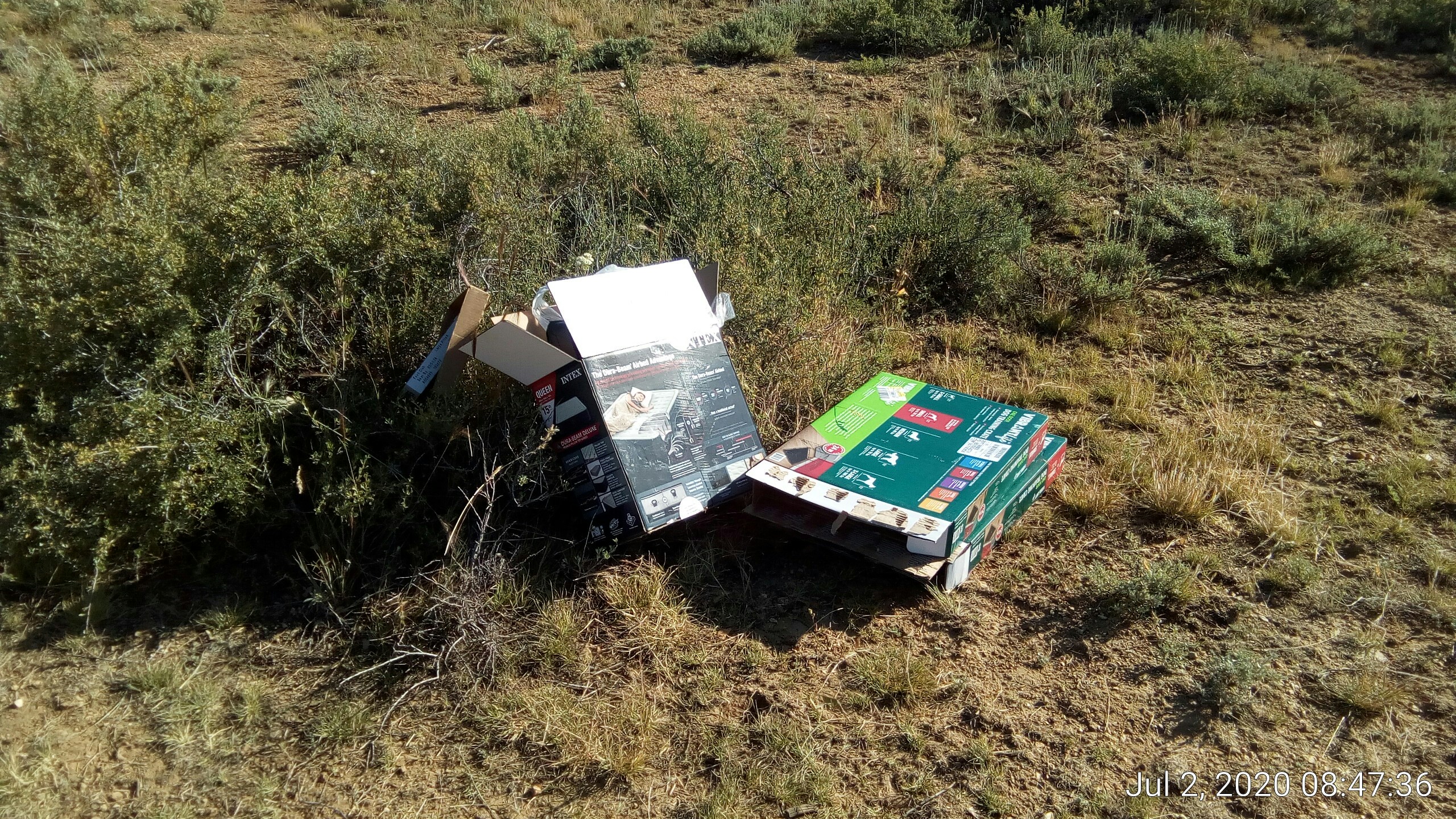 Yay.   No receipts or address labels or I’d dox them.   This is more evidence for my theory that the people junking up the wild are casuals, not dedicated campers or full-timers.   City idiots (citidiots?) playing outdoors.

Normally I’d break down my own boxes and recycle them in town but I didn’t have room for the boxes and the trash inside them.  So I stacked their trash and burned the pile.

I was a little surprised they didn’t leave open-air turds or White Claw / light beer cans.   Maybe they left because they had to use the bathroom.  Don’t care, I’ll take their departure however it happens.

I submit to you that these idiots are idiots most aspect of their lives, not just the short demonstration they provided here.

Back in Twin Falls, a couple was standing near this edge with their ~10yo: 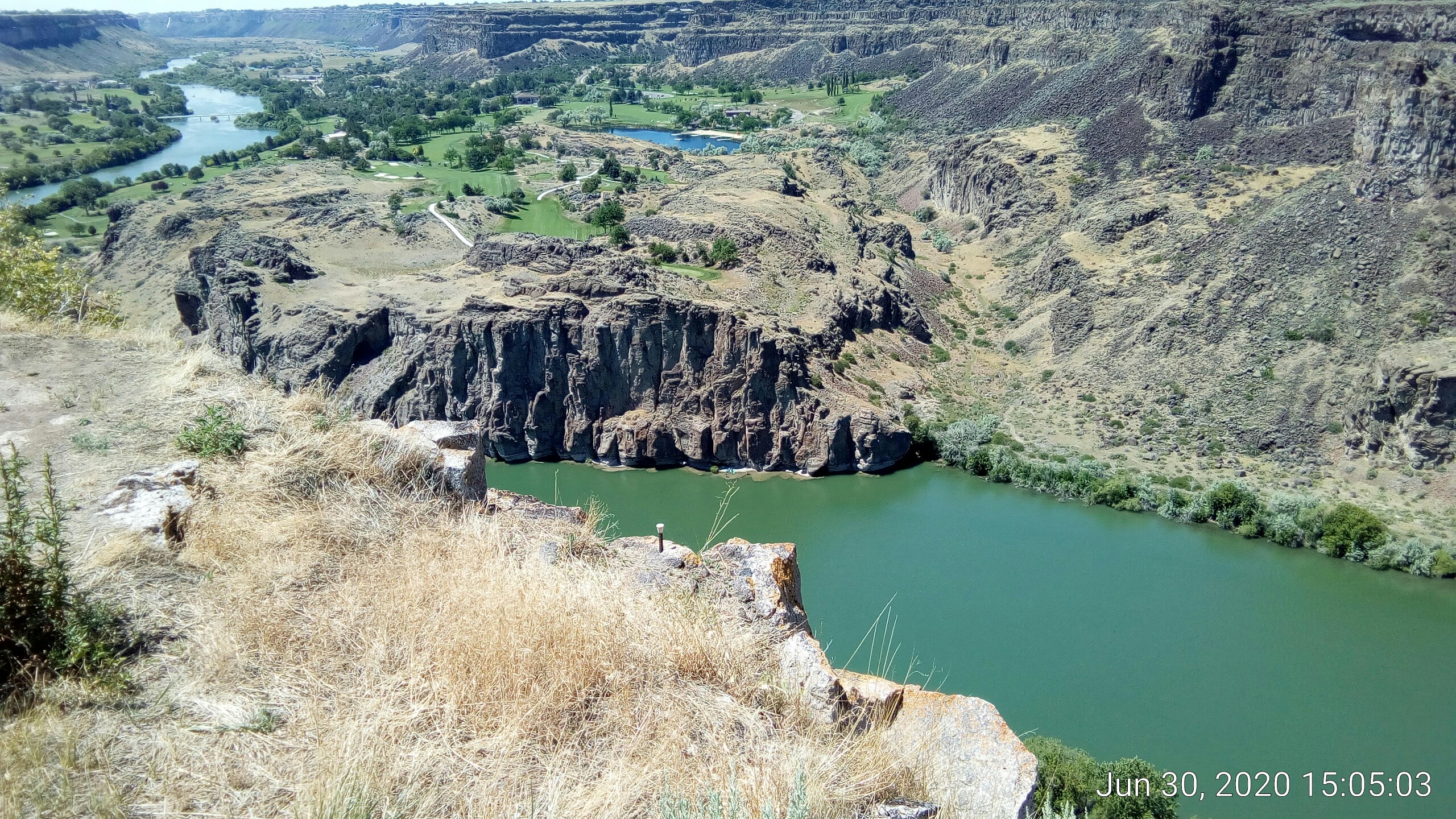 The boy started goofing off and pretending to do martial arts about 5’ from this edge.   Zero attention to his position on the cliff.  [After they left I took the pic from where they were standing.]

The father joined in and pretended to fight, lifted the kid up, etc, while mom took pics.    Again, 5’ from the edge of a ~400’ cliff (the nearby bridge is 486’ above the river).   I involuntarily blurted  “are you fscking stupid???” but they were speaking Mandarin (to my ear) and were not offended.

What are the chances these folks have any sense the other 99% of the time?