I mentioned that I am in the NF above Midway, UT.

Solar power yield had been marginal due to partly cloudy conditions and partial shading from the (birch?) trees.    The rare pullouts on this forest road are shallow and don’t leave a lot of room for solar-friendly placement: 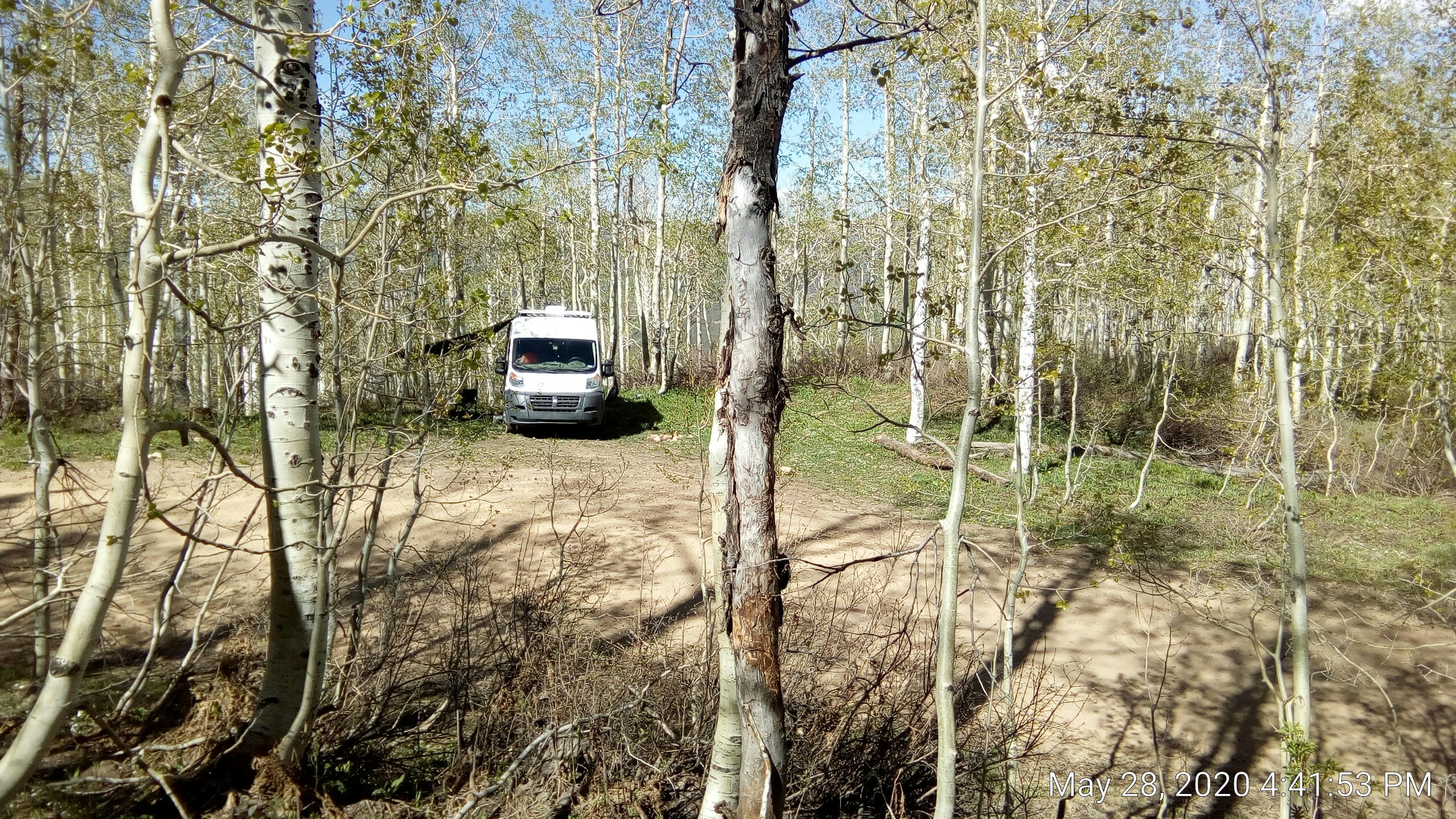 Under normal circumstances I finish Absorption around noon.  In this spot, though, full charge had been completing around 4pm.

The weather turned bad a couple days ago (full overcast, rain, sleet), meaning that the barely sufficient solar yield is now barely insufficient.   <– This is an allusion to Massad Ayoob’s discussion  of .380’s suitability as a defensive round.

The slightly-overpaneled system could have coped with either the partial shade or the bad weather, but both at the same time is a problem.  I ran the van’s engine for about 15 minutes each morning to get bank voltage up to where solar has a chance under.

Since it’s already running I put it on heat with A/C engaged to reduce humidity and warm the interior (it’s presently 38F outside at noon and has been below freezing at night).

In addition to the insolation issues, I’m not in love with this particular NF road due to heavy/fast UTV traffic.  Mensa types running way too fast on narrow, winding roads.  I’m guessing head-on collisions aren’t unheard of.    When I leave this spot (after the 14d) I’ll move out in the morning when there are fewer adrenaline junkies acting out.

At least the rain is keeping traffic (and resulting dust) down at the moment.

I’m not in any danger or running out of water so I did no catchment the first couple days of rain.  Before doggo and I turned in last night I noticed that the shadecloth was dripping water in a few places at a low spot so I tossed the bucket under it.  Definitely more dispersed drips (because the shadecloth is loosely woven) and lower volume than with the tarp but I figured some was better than not.

This morning the 5gal bucket was full to the brim, and the captured water was very clean with minimal debris.  Hmm.  Since the outside of the bucket was a bit muddy from splashing I transferred the haul into the collapsible 5gal bladder outside.    Otherwise I might have brought it inside to transfer into the built-in freshwater tank.

I made coffee and grits with the water, and premade a thermos of green tea in the thermos for later consumption.  While drinking the coffee I thought about the muddy bucket issue.  I remembered I had a stack of 10 plastic leveling blocks, and set them out to make a 2x2 “deck” to keep the bucket out of the dirt.  I think that will help. 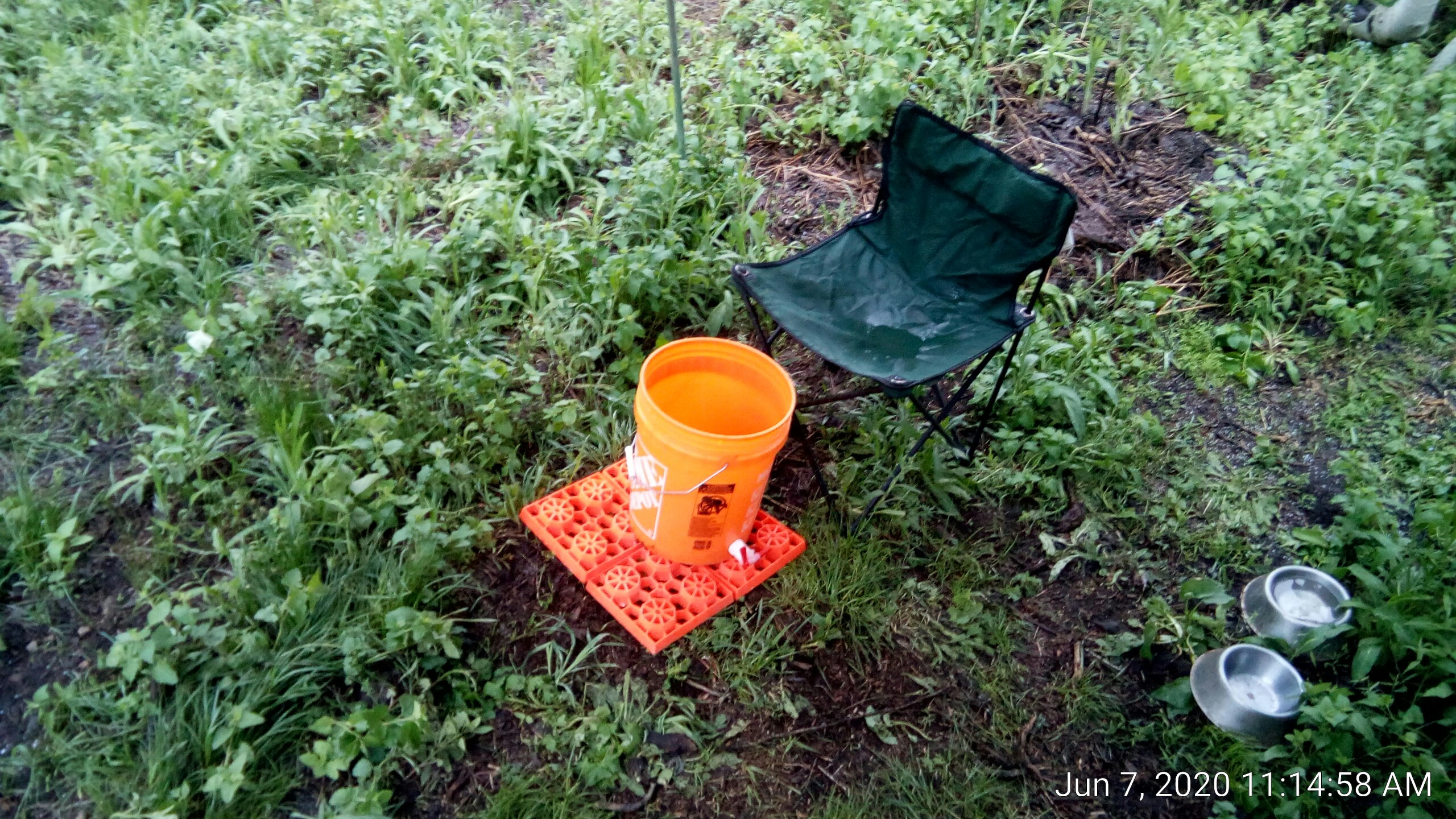 The yield was so good I might just leave up the shadecloth and not resort to the tarp for catchment.