This morning I made a short hike into the Franklin mountains to the so-called Aztec Cave. Explorers found native artifacts in the alcoves and thought they were Aztecs. 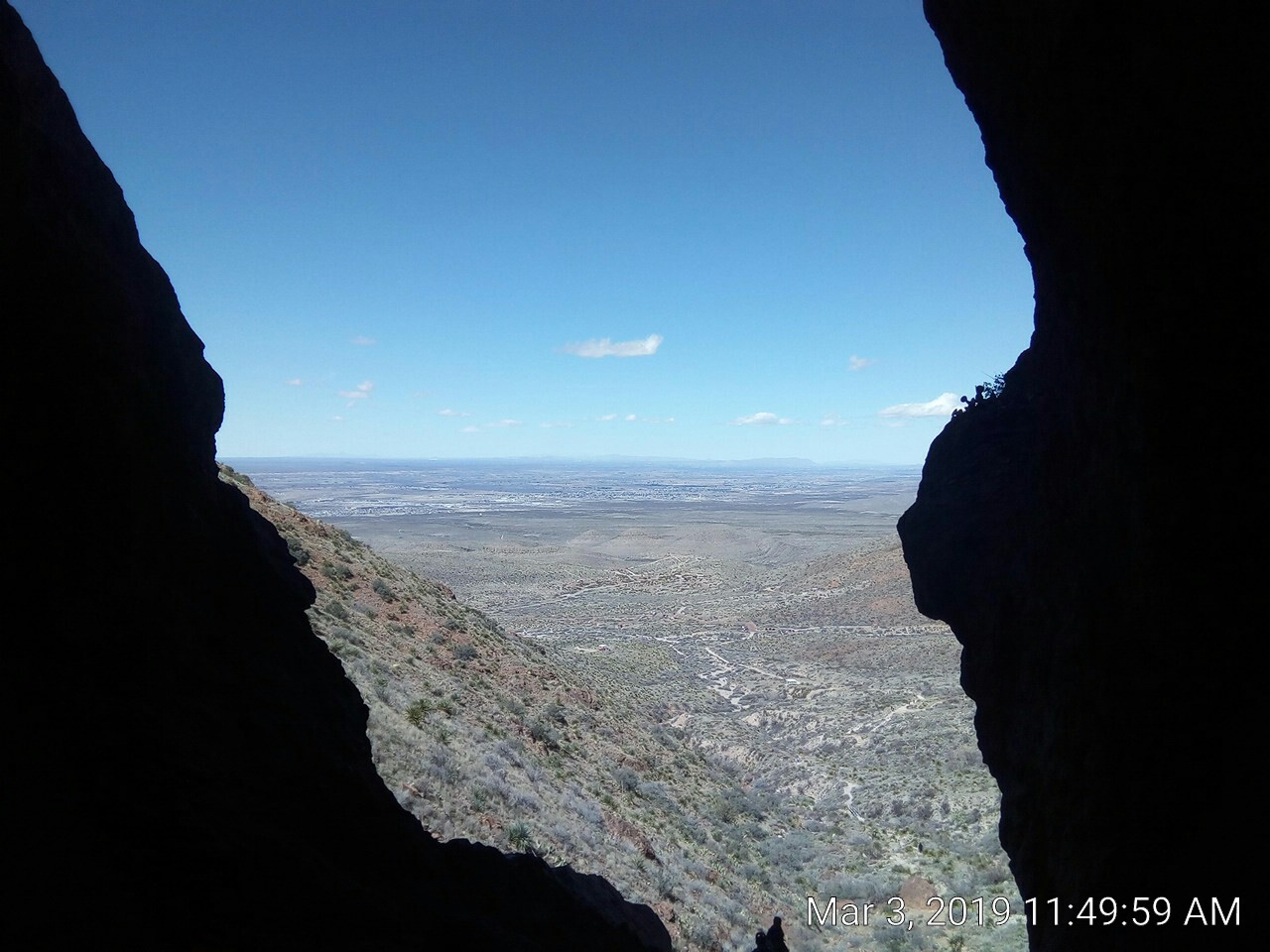 The most of the trail is not hard, though it is constant cardio all the way up. The last few hundred feet are quite steep and covered with loose rock. I brought my walking stick but by the end I wished I had brought trekking poles.

I was also wandering off-trail to pick up litter; this added to the cardio and tired legs. I ended up with one grocery sack packed pretty full. 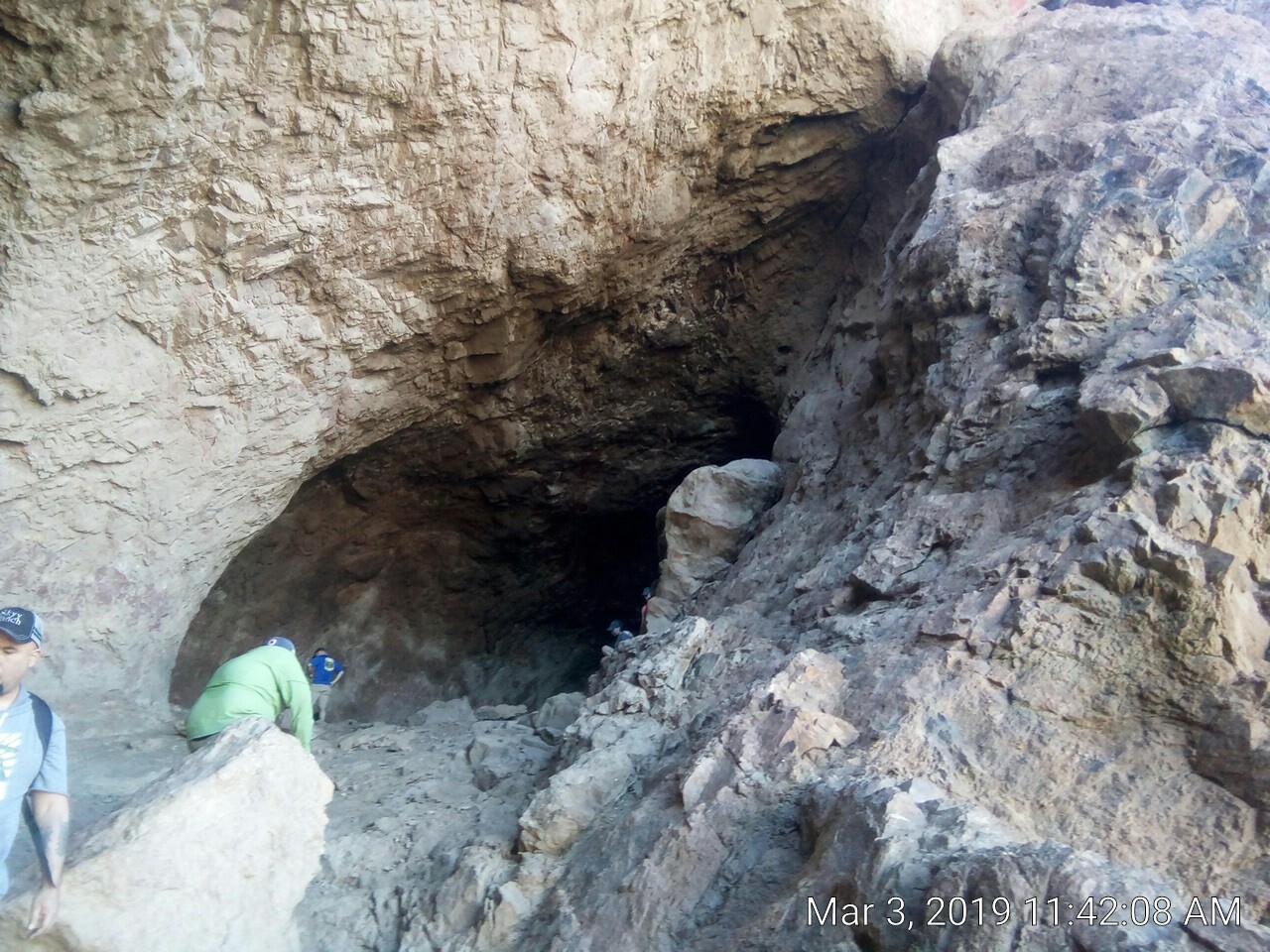 The interior is a small two-lobed space. Once inside one lobe goes in about 20’ and the other goes about 40’. The space from entrance to the back wall is maybe 15’.

I think the cave was caused by collapse/erosion of softer material. There was also some powdery sand in there that confused me for a bit Then I realized that tiny sand bits were carried up by the ferocious wind outside and dropped in the dead still of the interior. 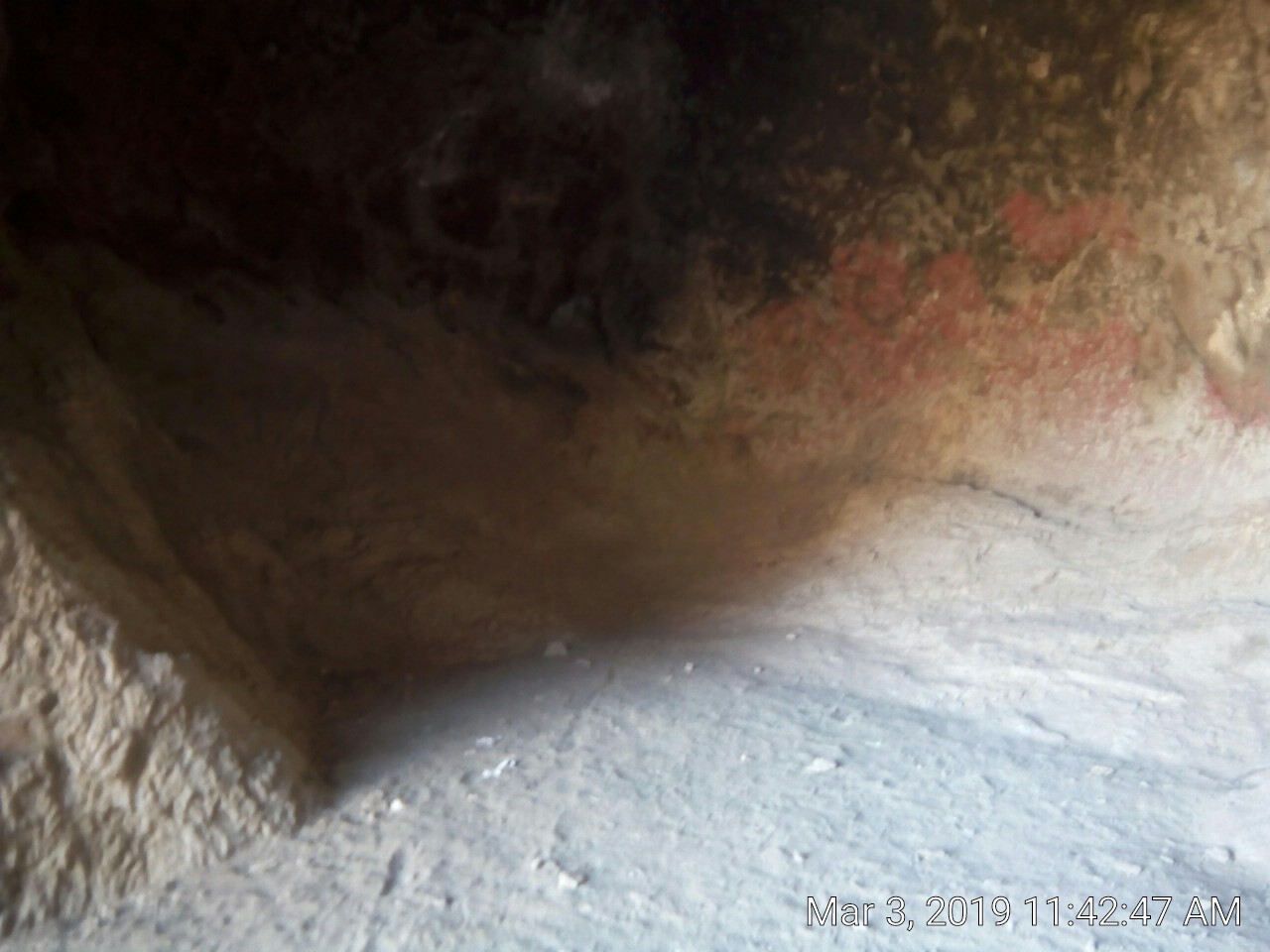 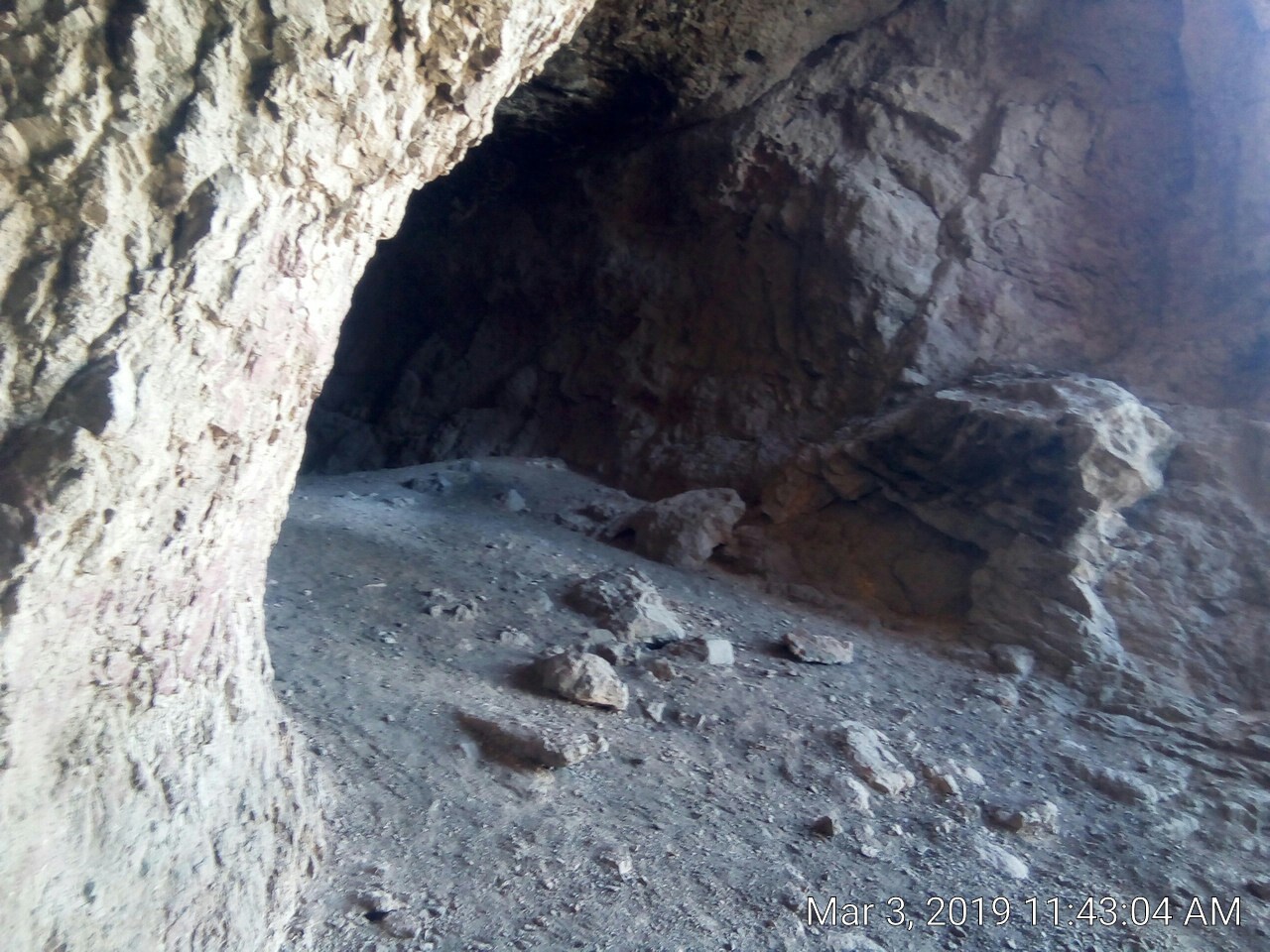 There are old smoke stains on the ceilings of both spaces.

I took this pic for rather depressing purposes: 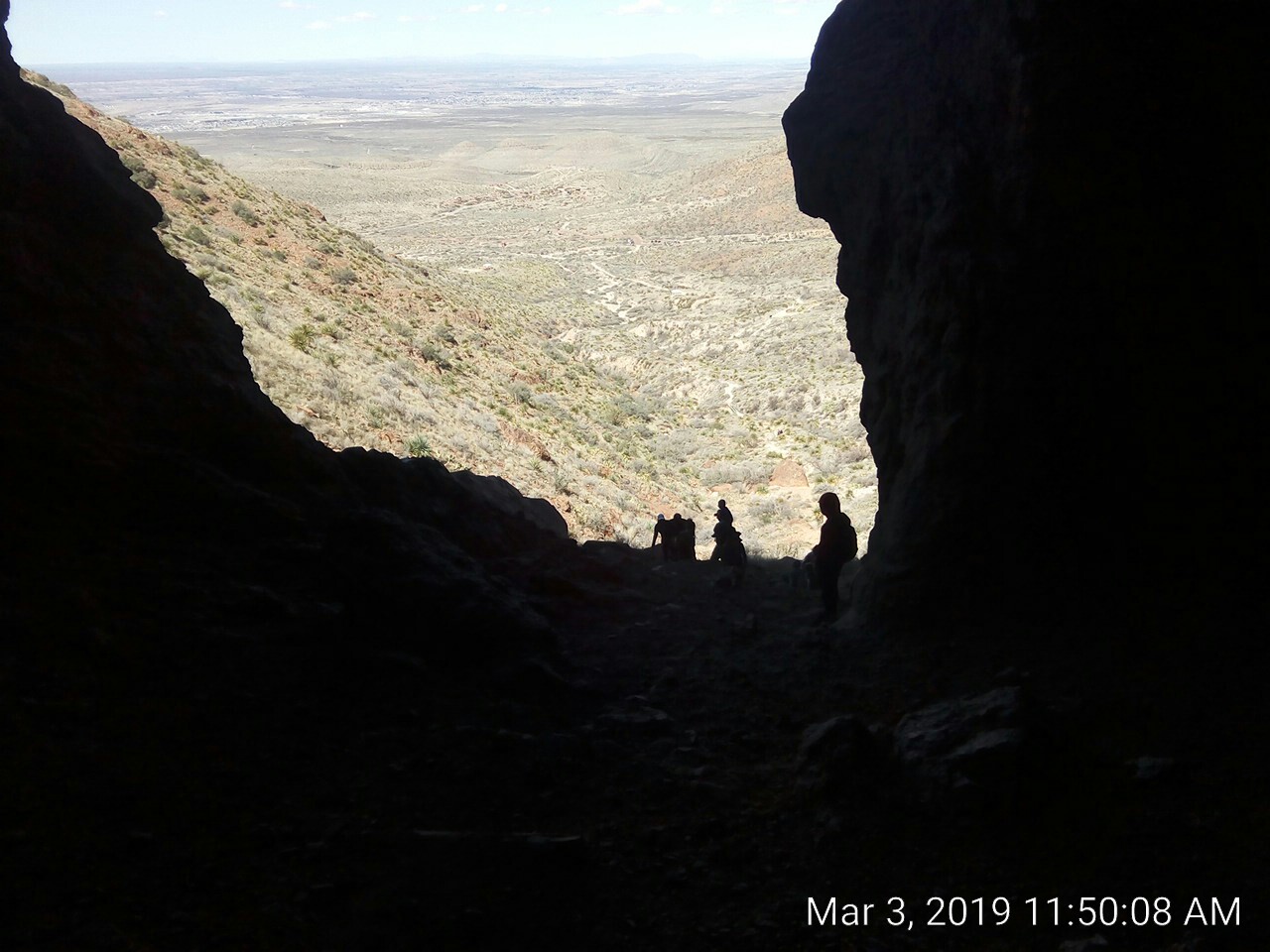 I mentioned before that the trail near the cave mouth was quite steep and treacherous. There were were some crying kids (and tweens) panicked by the ascent. Adults were slipping and falling with regularity. Even with a walking stick I slid upright for about 15 straight feet when descending.

A youngish couple where there with a young kid (what’s older than a toddler?). The kid was understandably freaked out by the descent.

Father of the Year here put the kid on his shoulders. This meant that any fall would now be 8’ onto rocks instead of falling from the kids’s natural height of ~3’. You can see the outline of the kid up on Dad’s shoulders.

Luckily the guy did not fall and the kid did not die. It was not clear to me it would have a happy ending. 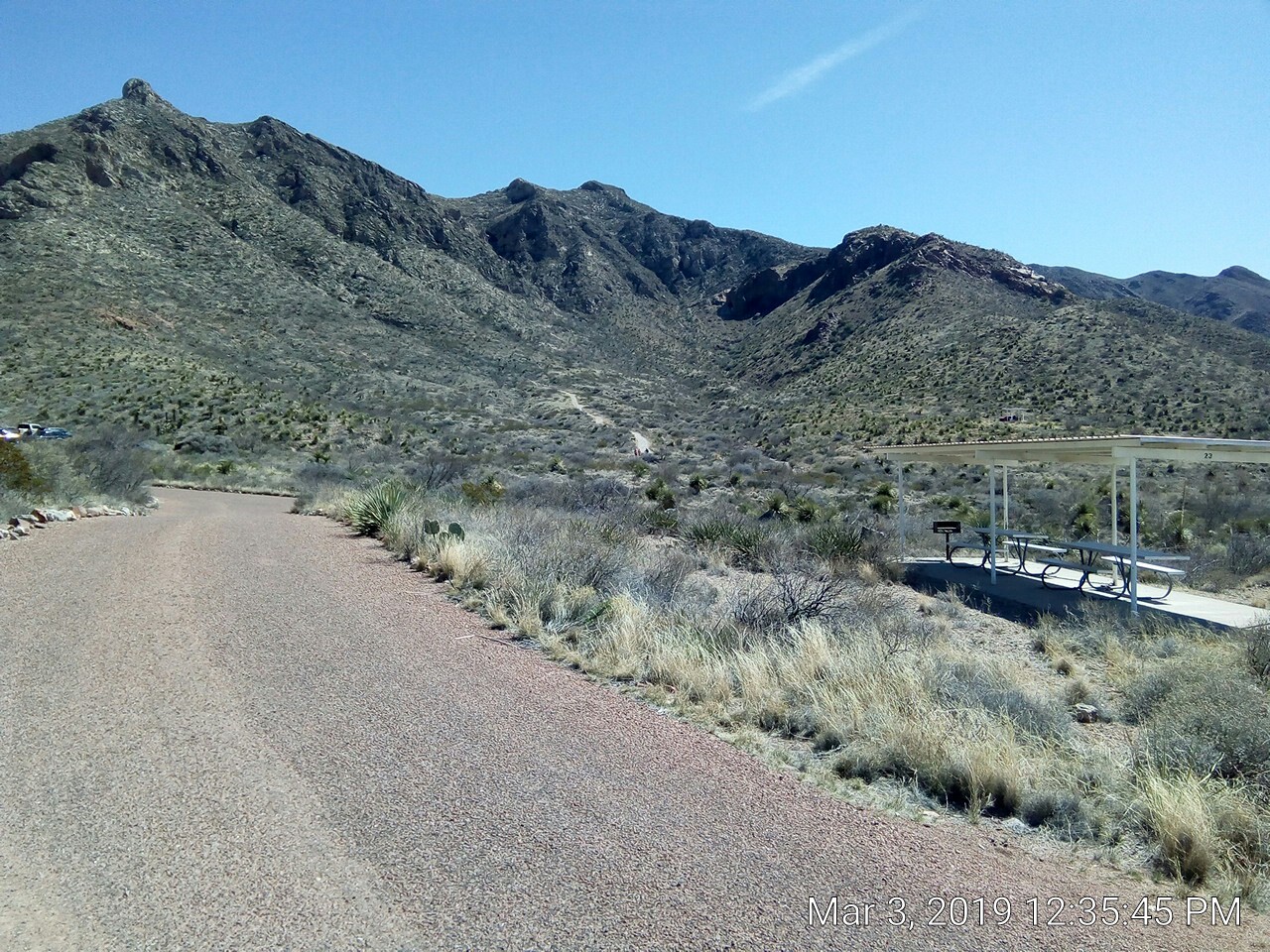 In this pic the cave entrance is at the visual intersection of the trail fragment in the center and the diagonal slice of cloud. It’s the large dark spot left of center that looks like the snuffly end of an elephant’s trunk.